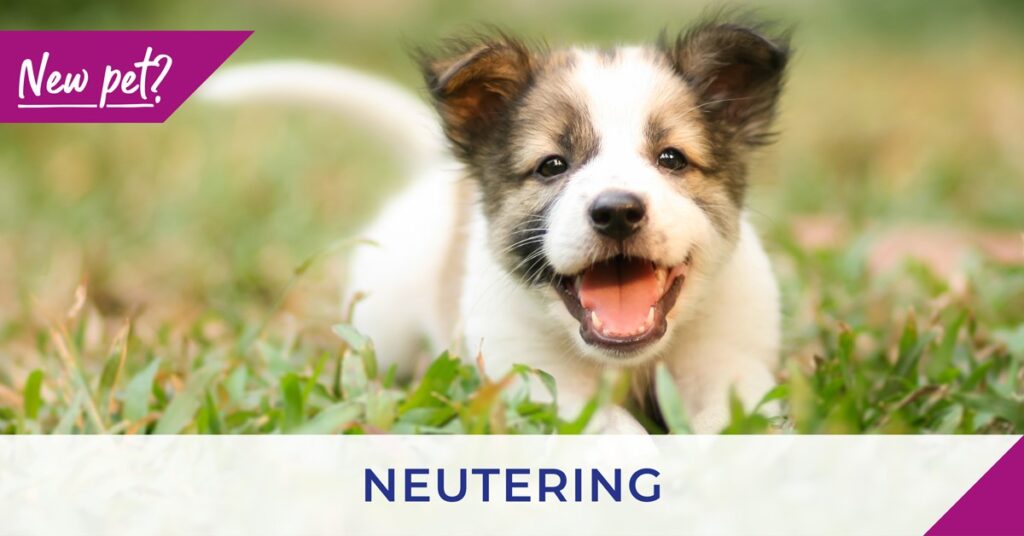 Did you know…neutering can have significant healthcare benefits for your pet? Here are just a few of them…

We support the Cat Protection Leagues Early Neutering Campaign and will neuter both male and female cats from four months old.  Typically though, the majority of client-owned kittens are neutered at six months of age.

We usually recommend female dogs are spayed before their first season at six months of age, except for certain larger breeds; in which case we recommend before their second season. As well as preventing unwanted pregnancies, early spaying has been proven to result in a huge reduction in the occurrence of mammary tumours in older female dogs. It also prevents life-threatening uterus infections. This protection is dramatically reduced after the second season.

If you would like to find out more, please get in touch with us. We’ll talk through the options and discuss what’s best for your pet, considering their age and breed.

You may also be interested to know that as part of our Pet Health for Life plan, there’s a 10% discount on neutering included. Click here to find out more.